On the unfortunate events of the past week…

This past week, pig farmers across the Mid North Coast received some devastating news – our local abattoir, Eversons Food Processors at Frederickton, have decided to stop processing pigs. The icing on the cake – they gave us less than 24 hours’ notice of their final day.

This has become normal across Australia, unfortunately. Abattoirs around the country are ceasing pig processing as they prioritise exports, with other abattoirs closing down entirely. It highlights a huge, and urgent, need for local micro abattoirs so that farmers and consumers can achieve true local food security.

The impacts of this decision will be many and far-reaching. The nearest abattoir now is approximately 5 hours away for most of us (lucky me, it’d be closer to 6 hours from my place!). Transporting pigs that far, and then transporting the carcasses back to our butchers and customers on the Mid North Coast, results in extra costs that are going to hit really hard at a time when we are all struggling with higher operating costs and other challenges due to the drought. Local butchers may well be hit with higher costs getting in pig carcasses too. The cost of pork on the Mid North Coast looks certain to rise. A higher cost of pork will inevitably push customers to buy the cheaper imported/mass-produced pork from the supermarkets, increasing Australia’s (already far too high) demand on imported pork. It almost goes without saying, but the sustainability of local pork production is almost non-existent now, and not only in terms of food miles.

The small pig farms on the Mid North Coast will be hit particularly hard by this decision, as the increased costs and more difficult logistics are spread across a smaller herd. It seems almost inevitable that we will lose several small-scale pork producers in the region. This is a double-blow, since we are the ones raising our pigs in small herds outdoors on pasture, rotating them often and managing our land regeneratively. These are the kinds of farms that we cannot afford to lose!

On the future of local food security…

The seemingly inevitable loss of many of the region’s small-scale regenerative pastured pork producers is devastating. When you consider that the reason this is happening is because exported products (meat meal) are valued higher than local food production… it’s just insane. At what point do we say, we need to protect small-scale local regenerative farmers from having the rug pulled out from underneath them like this? At what point do we say, let’s deal with our “waste products” within the country instead of searching for more dollars from exporters at the expense of local food production? At what point do communities say, how can we guarantee local food security for our farmers and our local residents?

The time is now.

If this trend of abattoir closures continues without a concurrent (and rapid!) rise in the establishment of local micro abattoirs, it will become virtually impossible for farmers to continue producing high quality local meat for their communities. We cannot continue down this path towards increased food miles and less small-scale regenerative farms. With many local governments declaring a climate emergency, surely many now understand the urgency in supporting local regeneratively-farmed food; this can’t happen without local food security, and micro abattoirs will need to be a key part of that.

On the future of our farm…

For me and my pigs on my little farm, where animal ethics is the highest priority, a 6 hour trip to the abattoir is not acceptable. I also don’t want to be responsible for creating a product that relies on an unnecessarily large amount of food miles. Operating a farm that trucks pigs that far is not consistent with my beliefs or my goals. Aaaand… this is where we move away from the facts and into the emotional territory…

This is my dream. This has been enormously challenging, but even-more-enormously gratifying. I have been able to raise pigs for meat ethically, educate consumers about regenerative agriculture and their power to change the food system one purchase at a time, and inspire a range of people from budding young regenerative farmers to young kids who leave here with an understanding of what it means to farm from the heart. I have been able to create truly delicious and nourishing meat farmed regeneratively and ethically. I have been able to connect with my customers, pulling them closer to farmer/land/animal, and have successfully encouraged many to try the unusual parts of the pig that would usually be wasted. This has been everything I wanted, but I can’t continue if it’s no longer the kind of farm/business/product that I want. This has been something I have been grieving very intensely these last few days.

Gosh, this sounds a bit like a farewell, and I have to clarify that for now it is not. I don’t have a set plan as yet, but I sure as hell am not giving up. I am pushing hard, for the development of a local micro abattoir… gathering and sharing information and enthusiasm with others, in case it can be of any help. I am even investigating the (very, very slim) possibility that we could set one up here. But this kind of project takes an enormous amount of time and money and other things falling into place, so it’s not a solution that we can count on for now.

For now… we do have 22 growers on the ground. I have no choice but to make the trip(s) north to have these pigs processed. The last of these will be processed in March/April. That gives us 5-6 months to see what direction this all heads in. We have one sow who had just been mated mere days before we found out the abattoir news. We now have to decide whether to de-stock everyone except this pregnant sow and head down the path of homesteading rather than farming, or keep on our boar and all 3 of our sows (resulting in feed costs that we won’t recover) just in case work begins towards a local micro abattoir. Many small pig farmers in the local area are considering the same options. It’s a really tough call and for now, I just don’t know.

On what you can do to help…

Write to your reps in local, state and federal government. Tell them you’re worried about local food security and you want to see support for the establishment of a micro abattoir in your region via grants, education tools for farmers to design and build micro abattoirs, and separate regulations for micro abattoirs due to the lower risk levels of small-scale processing.

If you’re a farmer, start making moves towards setting up a micro abattoir in your community now. Being in the position we are in on the Mid North Coast, where we suddenly have no viable direction for our businesses, is truly awful. Work on your back-up plan before you desperately need it.

If you’re a consumer, reach out to your local farmers and ask if/how you can help specifically. A micro abattoir will need to be a community project, with support from groups and individuals for funding, planning, building etc.

Join the Australian Food Sovereignty Alliance and support them any way you can. They are an invaluable source of support for farmers trying to fight the good food fight, and will be an essential part of the establishment of micro abattoirs in communities across Australia.

Buy local regeneratively-farmed meat from small-scale farmers. I can’t emphasise this one enough. The strength and power that comes from knowing your community supports you can be enormous when faced with a crisis like we are now facing on the Mid North Coast. Local food security depends on local farmers supported by consumers who demand local food. We can’t do it without you. 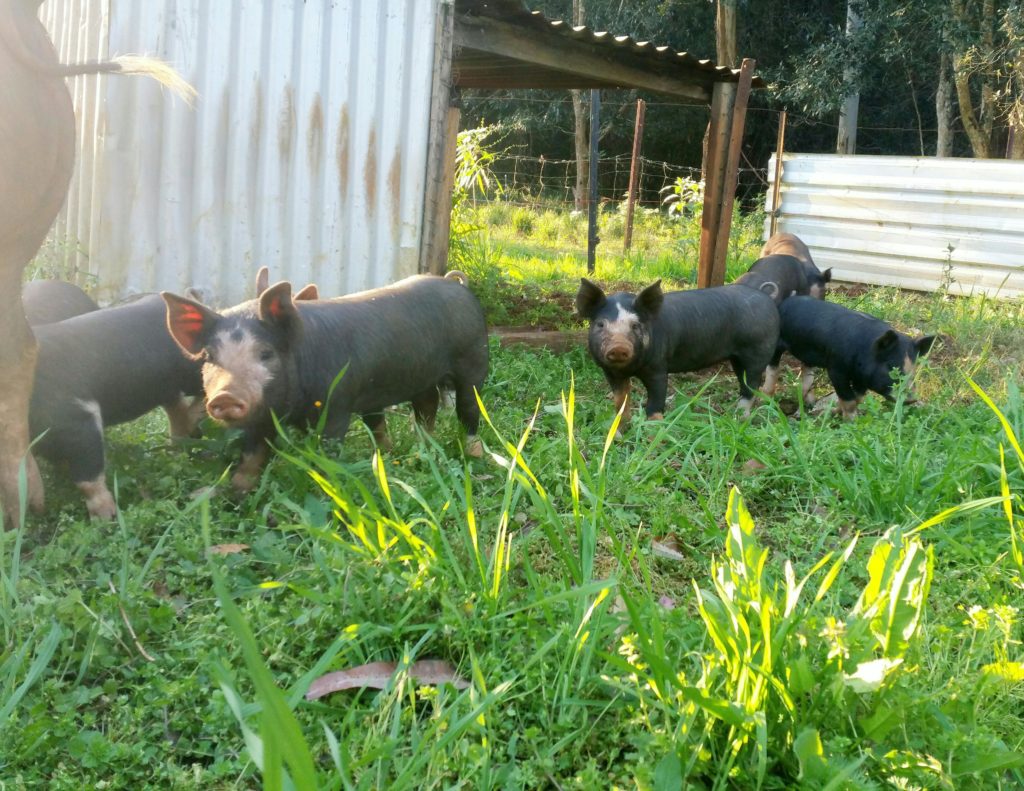