I’ve already said this several times on the HHH Book Club facebook page – I am seriously, seriously loving Michael Pollan’s ‘Cooked’. As if I wasn’t going to though, right?

(If this is the first you’re hearing about our book club, click here to find out all the details.) 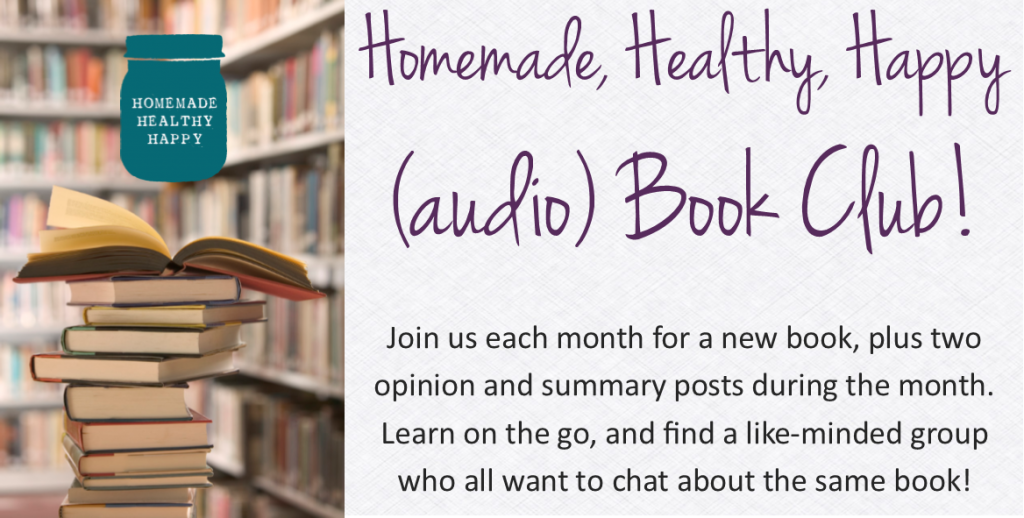 I’m just over halfway through; I’ve listened to the intro plus the Fire & Water sections, and I am just a tiny bit into the Air section. Here are my thoughts so far…

Michael Pollan is an incredibly poetic writer. His words transport you into kitchens around the world (well, really mostly around America), and into a state whereby you swear you could smell & taste the authentic barbecue. In a book about cooking, that’s exactly what you want. In fact, the Fire chapter left me so longing for barbecue that I started to look into the cost of purchasing a spit roaster (I’ll save you the hassle: they’re prohibitively expensive, especially if you want one that has a gas option so you can still use it in a total fire ban). When it became clear that wasn’t going to happen, I started to seriously consider a major detour through the South on my next trip to America. Also not going to happen. For now, I will continue dreaming. But I may just try and do my own ‘barbecue’ of a pork shoulder soon (I’m calling it ‘barbecue’ rather than barbecue, because as so many barbecue enthusiasts would tell you if you dare mention not roasting the whole hog – “that’s not barbecue”). I’m a keen cook, but I still came away from the Fire section having learnt a thing or two. Notably, NOT to braise your barbecue pork while it is roasting if you want to get good crackling (I say ‘if’, but really… is the crackling not what it’s all about?!).
It also left me fondly recalling the wheel of smoked gouda made from raw milk that I came across during my last trip to America. The wheel that we accidentally left behind in the fridge when we left town. Believe me, it was mourned.

What I really loved is that it wasn’t just about barbecue, however. Pollan discussed the introduction of barbecue to America, and what it meant for (back then) an extremely segregated culture. He discussed the advent of cooking food, and the difference it made to us humans as a species; the evolutionary advantage that being the only species to control fire gave us over all other species. It was something of a poetic history of cooked food and barbecue, surrounded by captivating descriptions that place you right in the middle of a barbecue kitchen.

But the part in this chapter that I loved the most, was Pollan’s discussion of the actual pork. Sure, the history is fascinating. Sure, an anthropologist would have a field day (pun totally intended) with the subtleties in barbecue methods across the South of the United States. But the bit that really spoke to me was Pollan’s discussion of the change in the actual stuff we barbecue – the pork – over time. He pondered the transformation of pork meat with the transformation of farming methods (as agriculture moved from more free & open methods to factory farming) and the observations from one barbecue guru about how the pigs have changed and how it has affected the way he has had to run his business. Pollan likened factory farmed pork to barbecue sauce, which delivered a really strong message. Barbecue sauce is a modern invention that has changed the quality of barbecue across the nation; just the same as has factory farmed meat. In fact, I’d go so far as to say, perhaps a part of the reason for the reliance on barbecue sauce (in addition to the convenience and time-savings) is the poor quality of the meat itself.

Honestly, after the Fire section, I thought there was no way the Water section would captivate me nearly to the same extent. I mean, really – water has nothing on fire… right? I even wrote in our facebook group, “I’ve got to admit – barbecue will always have my heart.” Oh, how wrong I was. Okay, maybe not completely wrong… There is a part of me that thinks barbecue will always be the one for me. But I certainly wasn’t prepared for Water very nearly displacing Fire, for discussions on braising very nearly making me forget entirely about the longing for barbecue I had experienced earlier.

I was caught off guard by the layout of this section; chapters sorted into steps of a very general braising ‘recipe’ (or, more accurately, a formula of sorts). An unexpected change that was actually rather ingenious. Each chapter, a different step. Each chapter, a different analysis of food and how we got to where we are today. I found this section incredibly fascinating on a food science level (something upon which, although it pains me to say it, the Fire section paled by comparison). I loved that Pollan took the reader through his journey of learning more about food in much more detail than the average home cook ever considers. Again, like in the Fire section, I still had things to learn. And it just gave me yet another thing to crave and never-stop-thinking-about. Add braised duck to my list of foods I want in my belly NOW.

And I was very pleased to hear that, by the end of the Water section, Pollan could find some kind of solace in cooking (thought honestly I never really doubted his ability to do so for a second).

So, there you have it. My thoughts on the first half of ‘Cooked’ by Michael Pollan. I have already started listening to the Air section, and it is shaping up to be better still than the first two. But that may be my love of good sourdough talking.

Are you reading or listening to Cooked along with us? What are your thoughts so far?

If you’d like to join the Homemade, Healthy, Happy Book Club – simply click here for more information about how it works. We’d love to have you!